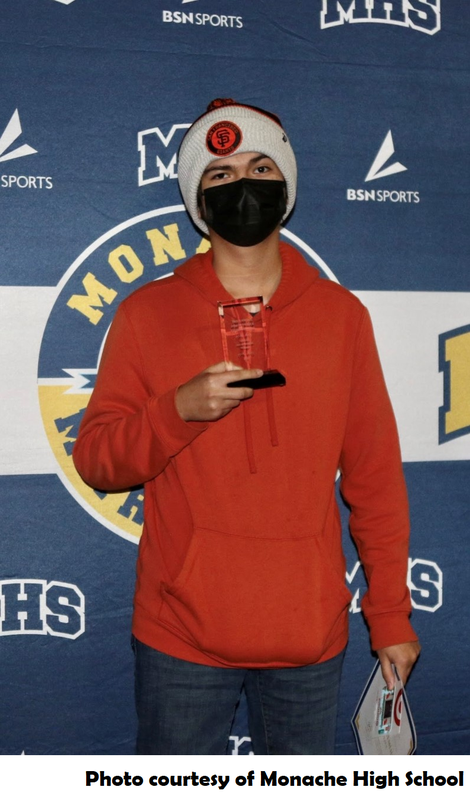 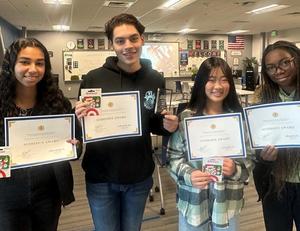 Leo Gallardo took home the award for 1st place in the Advertisement category for the thirty-second commercial he produced for his grandfather's tent and awning business in McFarland.

Two films submitted by CTEC students were designated as “Audience Award” nominees and shown on the big screen for the audience to decide their favorite. These were the highest-scoring films of the festival, which did not receive 1st, 2nd, or 3rd place. Slumber, a short film by PM Video Production students Gerardo Aguilar, Jonathan Ball, Kayla Toruno, and Cleo Wells was an Audience Award nominee and can be seen here: https://youtu.be/-1baIdrCaNk

The Unexpected Guest by the AM Video Production team of Ameerah Chatman, Ruben Gonzales, Paradiz Gurule, and Hadleigh Wilson was not only an Audience Award nominee, but they also received the most votes from those in attendance and took home the trophy, certificates, and gift cards for their 1st place win! You can see their short film here: https://youtu.be/ilhLo_uLQC0

CTEC Evening Program Digital Cinema student Shelby Wood was awarded a 2nd place honor for her short film Partners in Crime and was on hand with her instructor, Robert DelTour and her parents to receive her trophy, certificates, and gift. You can view Partners in Crime here: https://youtu.be/zAoAsn5x8-M

The event was very well attended and featured raffles where the audience won a number of gifts ranging from free coffee and gift cards to electronics and filmmaking equipment.