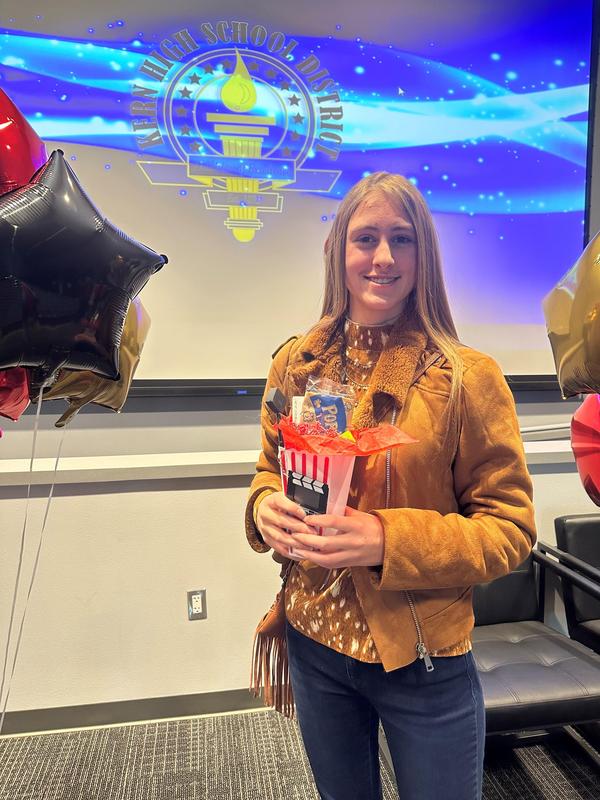 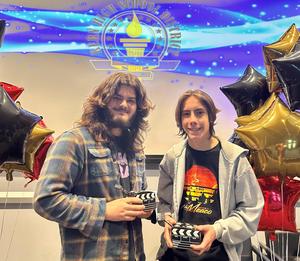 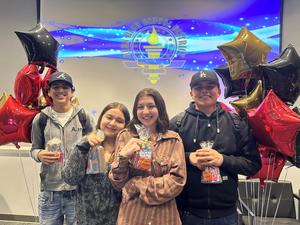 Two weeks isn’t much time to produce, write, direct, shoot, and edit a short film, but Video Production/Film & Cinema students at the Career Technical Education Center (CTEC) make it look easy!
The second annual CTEC Fall Film Festival was held on Friday, November 18th, and showcased the incredibly creative work of both AM and PM students. This year, the students not only hosted the event, but they also produced the show, and served as the technical crew for the event, which was attended by several CTEC programs.

Prizes were awarded for Fan Favorite, as well as for second and third place, as voted by the audience. Fan Favorite title in the AM Festival went to the creative minds behind “The Unexpected Guest”, a terrifying story about a slumber party visitor who didn’t sleep much!

The team shared that they experienced so many emotions in creating the short film, seeing it on the big screen with an audience in Innovations Hall at CTEC, and hearing the announcement that their group won! “We are grateful that people thought our film was the best”, said Ameerah Chatman, director of “The Unexpected Guest”, “it gave us a lot of confidence and creating a short film is definitely something we’d like to do again.”

The team that created “Slumber” reflected on the best moments of the day for them, which included hearing the audience laugh at their jokes, and understand the storyline they worked so hard to develop, write, and edit.